I have cerebral palsy. Why does Congress want to take my safety nets away | Opinion

As a person with cerebral palsy, a lifelong developmental disability, I appreciate the obvious acknowledgment that people like me are valuable and contributing members to society.

However, I have to question the sincerity of government leaders who claim to be actively supporting the needs of people with developmental disabilities. Just look at the recent debate on Capitol Hill.

I was shocked when the U.S. House of Representatives recently passed the ADA Education and Reform Act, which removes the responsibility of owners/operators of public accommodations to make their facilities accessible according to the federal Americans with Disabilities Act. This law would require a person with a disability, who cannot gain access, to file a formal written notice of an ADA violation, then wait up to 60 days for the violating business to acknowledge the complaint, plus an additional 120 days to allow for the violation to be corrected.

As far as I know, no other instance of civil right violations requires the victim to wait 180 days for resolution. Can you imagine waiting roughly six months to be able to enter your local drug store, movie theater or grocer?

This proposed law is now before the Senate, where people with disabilities like me pray it will progress no further.

There have also been calls for $1.4 trillion in cuts to Medicaid, the safety net for millions of Americans with disabilities. I was proud to join thousands of disability advocates nationwide to rise up against that idea, forcing sheepish politicians to quietly move away from such an outrageous proposal that would shatter the lives of many of the voters who put them in office.

Why is there a continuous attack on people with developmental disabilities?

I understand that, with the recent sweeping tax reform legislation pass in Congress, our leaders have high hopes to grow the economy and ease tax burdens for some individuals and businesses.

However, I feel a prolonged tightness in my chest knowing that the only perceived solution to accommodate for the potential loss in future tax revenue seems to be to raid vital entitlements like Medicaid and other social programs. Our safety net is essential to the life and well-being of America’s most vulnerable citizens, including people with developmental disabilities.

Our lawmakers need to be reminded, once again, that Medicaid and the Children’s Health Insurance Program provide health and long-term care coverage to nearly 1.8 million low-income children, pregnant women, adults, seniors and people with disabilities in New Jersey.

Yet the national dialogue has glided away from disability rights and protections for all Americans. Suddenly the notion that people with developmental disabilities should enjoy a strong quality of life, like any other American, appears to be in question.

Yes, many of us unfortunately need government assistance to live and remain as healthy as possible.

Tax cuts for the rich, and savage cuts for Trump’s ‘forgotten people’ | Editorial

Trump repeatedly vowed never to cut Medicare, Medicaid or Social Security – but in his 2019 budget, he proposes vicious cuts to all three.

But we are not a line item to be easily slashed. We are Americans, always eager to contribute what we can.

Our lawmakers must be reminded that even minor cuts, let alone the draconian cuts that the Trump administration and Republicans in Congress have suggested, would be catastrophic to a fragile support system.

New Jerseyans must demand strong and ongoing Medicaid funding. Our lawmakers need to hear us, see us, and understand just how important the continued full funding is to the fabric of our society.

Gov. Phil Murphy and our other lawmakers on the state and federal levels need to be consistently reminded that Medicaid begins supporting people at birth, with health care and early-intervention programs.

In schools and at home, the program supports special education programs — including both the equipment and the professionals who help students thrive. Medicaid continually supports people who require it, through end-of-life care. Not one New Jerseyan can afford for Medicaid to be cut.

Kevin Nunez is a member of the New Jersey Council on Developmental Disabilities.

There is likely no limit to the amount of advice that Gov.-elect Phil Murphy is receiving as he prepares his administration to take over in January.

But among the many people jockeying for attention, I believe his ear should be bent in the direction of his largest constituent base in New Jersey. Not teachers. Not law enforcement. Not organized labor.

This constituent base is around 1 million strong, all of whom have a disability and live in New Jersey.

In recent months, as the governor-elect is keenly aware, the disability community has been in the fight of our lives. Shocking proposals have streamed from Capitol Hill, all calling for draconian cuts to Medicaid that would have a drastic effect on hundreds of thousands of New Jerseyans, as well as our closest friends and family. Threats to the program persist – this fight is not nearly over.

Much more than a health insurer

Medicaid is much more than a health insurer for struggling families, people with disabilities, and senior citizens. For those with autism, down syndrome, cerebral palsy, and other life-long disabilities, Medicaid provides access to in-home, workplace, and transportation supports—and much, much more.

Imagine if you had to choose between working or looking after your adult child with cerebral palsy. Paying your phone bill or making sure your loved one could continue to see friends, socialize, and learn. Saving for retirement or keeping your child in a supportive, independent- living environment.

The governor-elect needs to know that many in New Jersey already face these quandaries. Many more will know this pain if some federal lawmakers are successful in their blind quest to slash Medicaid. Where, Mr. Murphy, will your constituents then go for services in New Jersey?

There are many issues in the disability community, and, unfortunately, not all come with ready-made, prepackaged solutions. As we begin to engage with the new administration, here are three front-burner concerns awaiting the governor-elect when he takes the oath on January 16, 2018.

Our federal lawmakers need to hear from the governor-elect. Murphy must remind federal lawmakers that Medicaid begins supporting people at birth, with healthcare and early-intervention programs. In schools and at home, the program supports special education programs — including both the equipment and the professionals who help these children thrive. Medicaid continually supports people who require it, through end-of-life care. Not one New Jerseyan can afford for Medicaid to be cut.

People with disabilities, as well as their families, must rely on government at a level far beyond many others. We know what services and policies work in New Jersey and what do not. Decisions about families and individuals with disabilities should be shaped by families and self-advocates, not exclusively the state Division of Developmental Disabilities (DDD). Our community has knowledgeable family support councils and self-advocate groups, with numerous members who would be ideal candidates for a Governor’s Advisory Council on Disabilities to communicate directly with the administration.

This commissioner, who will oversee the DDD, is likely the most important member of the administration when it comes to the number of New Jerseyans she or he will affect. Over the years, the disability community has worked with a number of commissioners able to understand, recognize, and adjust to the their needs. Others have not been as strong in these regards. In this era when Medicaid faces a daily threat, it is critical to have a commissioner who can speak as an advocate for our massive constituent base. We need a partner, not a bureaucrat. We strongly urge the governor-elect to involve families and individuals receiving services in the selection process.

There are, of course, many other issues affecting the disability community. But we need to start somewhere. And for the governor-elect to recognize that people with disabilities are a primary constituent base is the first critical step.

Kevin Casey is executive director of the New Jersey Council on Developmental Disabilities.

Bette Jane Kowalski has been a lifelong advocate for parks, libraries, public transportation and community service here in Union County over her 14 years as a member of the Union County Board of Chosen Freeholders. As Freeholder Chairwoman in 2007, she promoted initiatives for shared county-local services to reduce costs and increase efficiency and continues to work to ensure high quality, cost-effective services for county residents. Bette Jane worked to bring direct service to New York for Raritan Valley riders during off-peak hours. She supported funding for children’s projects at public libraries and for community gardens. She helped address the issue of Rahway River flood control. Bette Jane serves as the Freeholder liaison to the Human Services Advisory Council, which coordinates the services of the county and various agencies and organizations to seniors, children and those in need. And as a member of the Open Space, Recreation and Historic Preservation Trust Fund, she worked to add many acres of land to the Union County Parks system.

Kevin Casey is the Executive Director of the New Jersey Council on Developmental Disabilities (NJCDD).

Hailing from Bloomington, Illinois, Kevin came to the NJCDD in March 2015 to lead the daily work of the council in its mission to advocate for individuals with intellectual and other developmental disabilities in New Jersey. Before joining the NJCDD, Kevin spent 11 years leading the Illinois and Pennsylvania state divisions that oversee services for people with intellectual and developmental disabilities. Previously, he led nonprofit organizations that provide services for people with developmental disabilities, including serving for 15 years as the director of Pennsylvania Protection & Advocacy, Inc. Kevin began his career teaching and providing direct service for teens with both mental illness and intellectual disabilities. He is a graduate of Illinois State University with a Bachelor of Science Degree in Social Sciences and a master’s degree in Special Education. 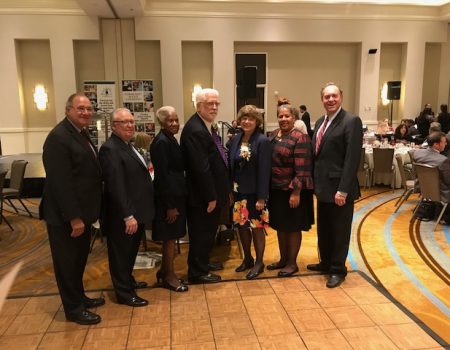 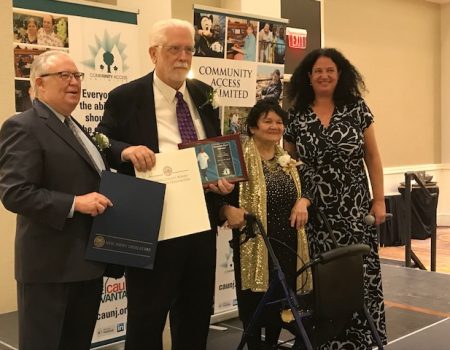 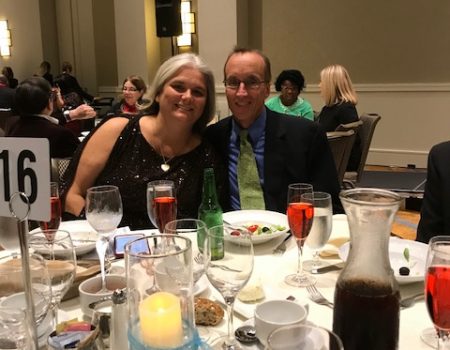 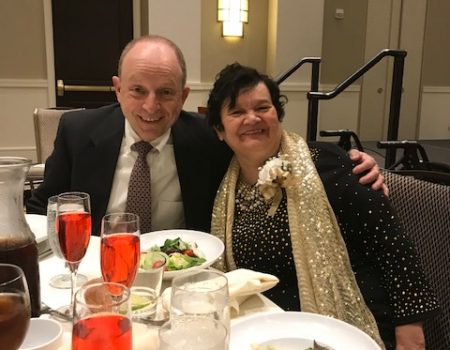 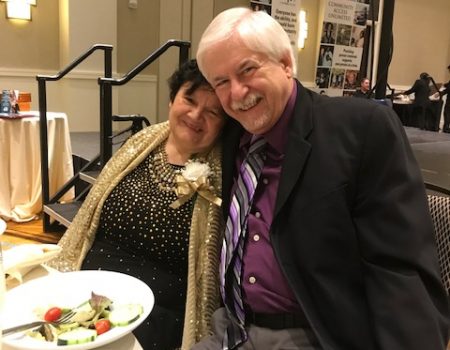 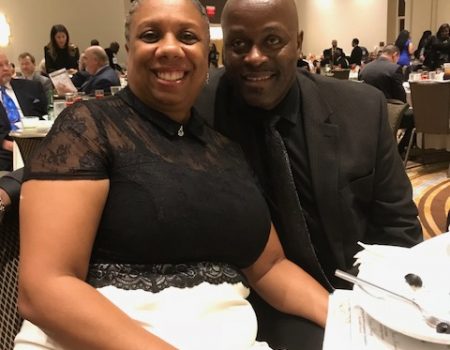