Forced Poverty Does Not Help The Disability Community 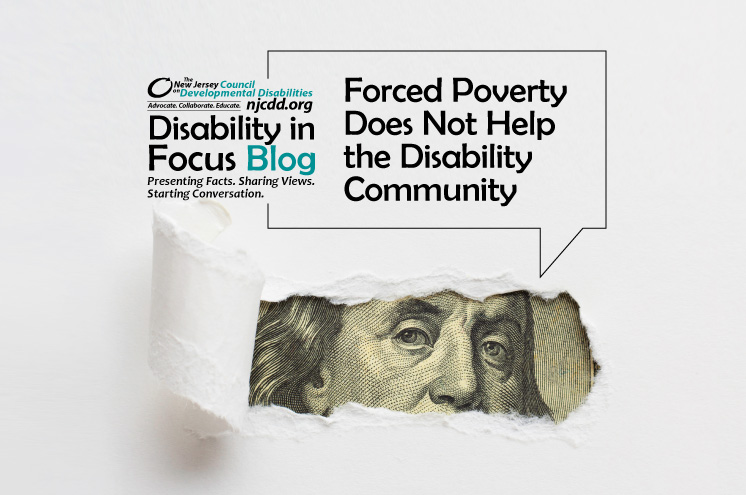 People with disabilities remain one of the poorest demographics, and poverty in general is a huge problem. It’s no secret that the minimum wages across the US are insufficient in order to live a comfortable, independent life in which all basic expenses are covered from having a single job. Making minimum wage may involve having roommates one might not want to live with. It might also involve getting subsequent jobs if one does not pay enough, or sacrificing basic expenses in order to pay for others.

This is why it’s all the more horrifying that, in some states, it remains legal and widely practiced to pay people with disabilities less than the already insulting federal minimum wage of $7.25 an hour. Why is this the case? As best as the ridiculous rationale can be understood, certain tasks given to the disability community as “jobs” are considered worthy enough to be done, but not worthy enough to justify the payment of a “normal” job. This makes no sense. It is understandable that there would be a push to include people with disabilities in roles that would have them performing laborious tasks, but if a job is worth being done at all, it’s worth avoiding poverty once it is done.

The counterargument to such an accusation seems to be that people with disabilities need to play a role in the community so that they are not as isolated or marginalized, but that activities that can be given to disabled people do not justify the wages of a “regular job.”

There is a certain indignity in getting paid so little for something seen as so unimportant that it could easily not be done. In a society in which money is needed to survive, any job that’s worth doing is worth sufficient payment to have a comfortable standard of living.

Part of the reason there is such a push for low-wage, presumably unimportant jobs that could, presumably not be done is because of a perverse need to give people with disabilities the illusion of belonging, as opposed to giving them any real agency, any real responsibility, any sort of self-determination.  It is akin to having a child play pretend.

It’s embarrassing because there’s real, productive work that people with disabilities might be able to do that they are not given the chance to do. Our poverty and unemployment numbers are higher, and thus our ability to be independent is hindered. There is no doubt that there are some instances in which people with disabilities receive some support that’s helpful to them, that enriches their quality of life, that makes their overall existence better. The problem is that we, like everyone else, live under the systems of wage labor, employer-employee relations, and the constant artificially constructed necessity to “pay the bills.” Given these systems, we don’t get to know what supports we need, what talents we can develop, or what potential we have. So many people with disabilities are given support mechanisms that various governments and employers assume they need, but no need can be sufficiently addressed as long as someone remains poor. No one can live up to their full potential as long as they are stripped of their dignity.

There is a legislative effort to end subminimum wage employment, currently stalled in Congress, but the very idea that nobody, not even people with disabilities should be stuck with earning such paltry wages is somehow controversial.

Written by Andy Marso of Youth Today in September of 2021,

“Though it hasn’t come up for a vote in the U.S. House of Representatives, a proposal with 23 Republican and Democratic co-sponsors, would phase out the 84-year-old special waivers — known as 14(c) certificates — exempting employers from paying workers with disabilities the minimum wage. U.S. Rep. Cathy McMorris-Rodgers (R-Washington), who has a son with Down syndrome, is among co-sponsors of the resolution, which was introduced in April [of 2021].” It still has not come up for a vote.

“A lot would be lost if Congress passes it, said Matthew Putts, CEO of a Hanover, N.J. job program certified to employ 130 people at a sub-minimum wage that he would not disclose to Youth Today.”

It stands to reason that Putts’ failure to disclose might make subminimum wages seem especially exploitative. This is because they are.   The article continues,

“Elimination of 14(c) certificates as proposed in H.R. 2373 would eliminate employment opportunities for thousands of employees who want to be able to choose the type of employment that makes the most sense for them,” said Putts, who also testified at that July congressional hearing. “In fact, the outright elimination of 14(c) certificates benefits no one.”

This sounds more like a threat than anything else. As if employers opposed to the elimination of subminimum wages are saying that they will not give people with disabilities any work if they cannot assign them degrading, underpaid work. This speaks to a power imbalance between workers and management, as well as prospective workers who are currently unemployed.

This conflict would be greatly reduced by the presence of unionization and the ability of workers, with disabilities and otherwise, to collectively self-determine working conditions. Furthermore, the ability of workers to own and manage their own workplaces and respective industries as a default condition of labor may offer an enormous level of emancipation, the likes of which the world hardly ever sees.

Secondly, it remains established policy that in order to receive certain benefits, such as in healthcare, people with disabilities must be below a certain income level. This obviously creates a perverse incentive to remain poverty, especially if so many of the jobs available to people with disabilities would not provide comprehensive coverage privately, in lieu of state funding.

So, finally, any accommodations termed as “benefits” or “welfare,” and any and all things that could possibly fall under the heading of “healthcare,” currently insufficiently funded specifically for people with disabilities, must be made publicly and universally available to all who may need it. We must create a society in which no one is ever put in the position of remaining in poverty, especially in order to stay healthy and alive.

If people without disabilities want to have us contribute to the community in healthy ways, want us to have dignity, and want us to “choose the type of employment that works best for us,” this is how we can.